One level of challenge that is built into this day, in addition to the academic, is that students are in teams of eight, with six of the members being from other schools. In addition to the traditional challenges such as Mathematics, English, Science and Art/Poetry, students also have the opportunity to participate in ‘Off the Cuff’ public speaking. This is yet another challenge that sets this challenge day apart from others.  In this event, students have no time to prepare a 60-second talk on a topic given to them, and they then speak in front of all those attending – a different type of challenge in itself. 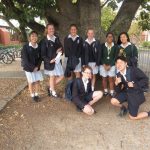 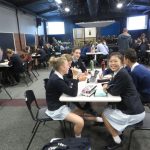 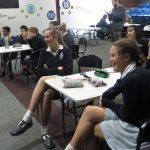