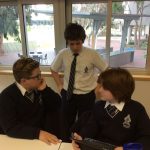 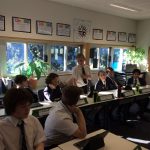 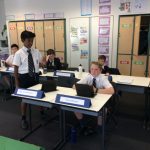 The boys are well into their study of Government and so far, we have looked at the Levels of Government, Government Portfolios, Electing members of Parliament and the preferential voting system and Federation. While working through the unit, we have elected leaders, appointed ministers, and set up a Class Parliament in the classroom.

We are now holding Class Parliament sessions where we debate bills and make amendments to see how many bills can be passed in the Year 6 classroom. Our first bill of debate was the Downtime Bill to support our focus on Mindfulness this term. Of course, these bills must also be passed by The Senate (Mrs Neilson the Year 6 teacher) and signed off by our Governor General (Mr Kenny).

Such an exciting time is being had by all in Year 6 at the moment, plus we have our trip to Canberra coming up next week. Life just doesn’t get any better than this!