Towards the end of last term, our Year 6 boys visited Canberra, where they spent three days participating in a variety of educational programs to complement their class unit on Government. Amidst some cooler mornings yet sunny afternoons, the boys took advantage of every opportunity offered and fully immersed themselves with energy and respect. Whilst visiting the well-known landmarks of our nation’s capital, the boys enjoyed all the fun of being ‘on camp’ with friends whilst participating in activities that extended and challenged their understandings of government and our history.

At the War Memorial, each boy placed a poppy against the name of a Serviceman whom they had researched earlier in class, and we spent a most reflective three hours learning about and experiencing the sacrifice and terrible toll that forms such a poignant part of our history. Our boys were fortunate to lead a moving wreath-laying Ceremony at the War Memorial. It was spine-tingling when Arya read the Ode and the Last Post was played. The boys were wonderful ambassadors of the School, and we received many positive comments about their behaviour and demeanour wherever we went.

In what was an engaging and valuable three days, other highlights included a tour of Parliament House, a scientific visit to Questacon, debating the damming of the Franklin at the Museum of Democracy (Old Parliament House), a visit to the Mint, as well as a tour and interactive sports experience at the Australian Institute of Sport. The Australian Government recognises the importance of all young Australians being able to visit the national capital as part of their Civics and Citizenship education. To assist families in meeting the cost of the excursion the Australian Government is contributing funding for each student under the Parliament and Civics Education Rebate program towards those costs. The rebate is paid directly to the school upon completion of the excursion.

Finally, to top it all off, the comments of thanks we received from the flight attendants about the boys’ behaviour were a highlight in themselves. Well done to all the Year 6 boys and many thanks to Mr Kenny for his leadership and Mrs Macey for her care and assistance throughout the experience. It certainly was an informative, busy, yet incredibly enjoyable three days. 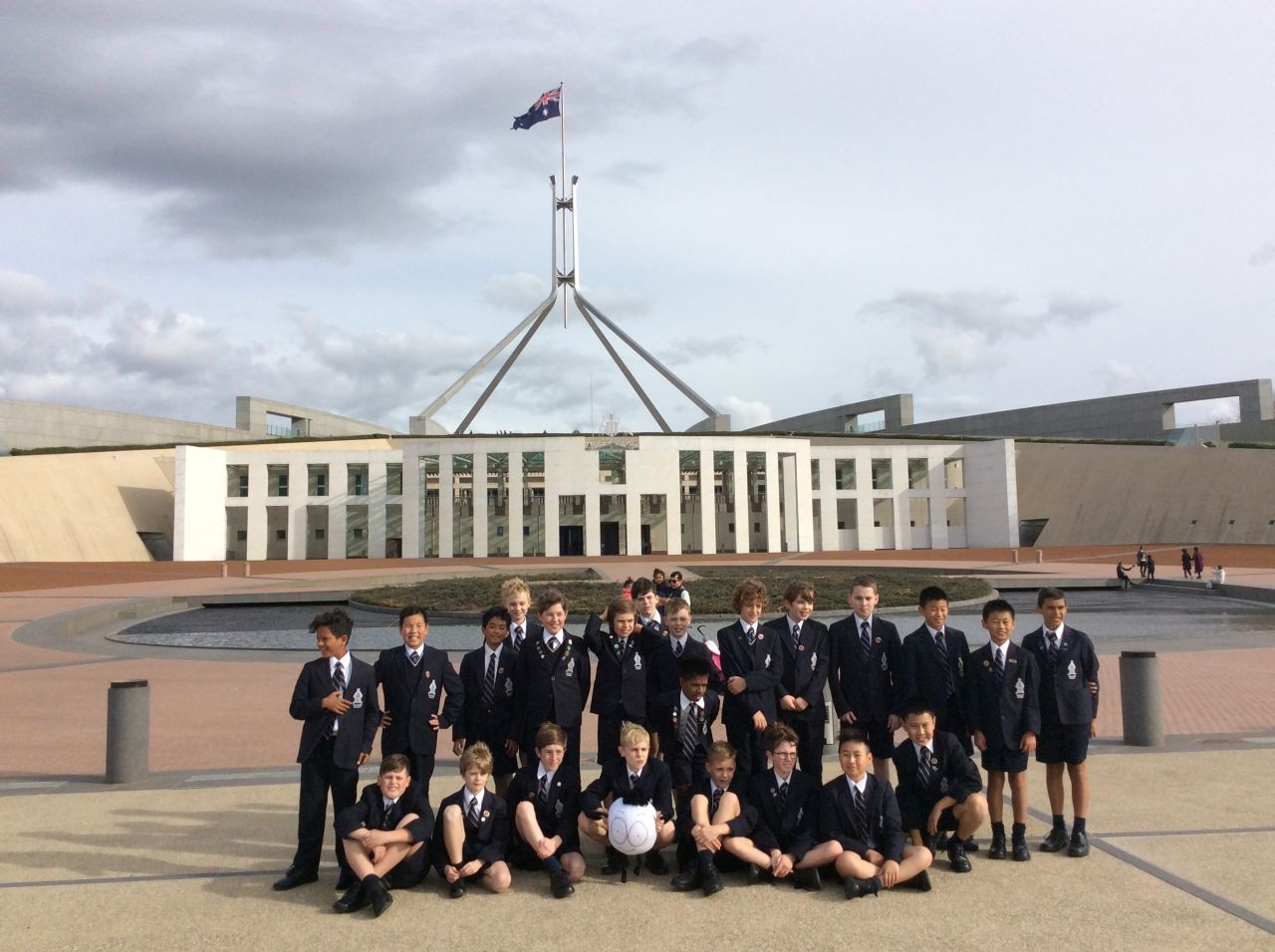