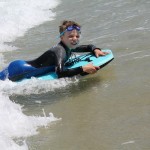 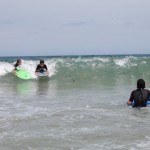 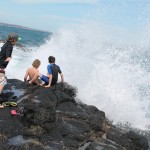 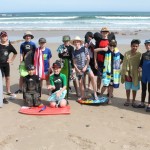 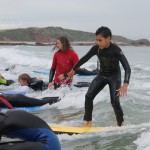 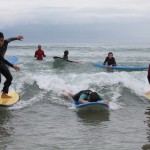 The Year 5s had an amazing camp at Philip Island.

Blood pumping and ready to go on the 4th of November, we arrived at the bus bay and all of us were early! We knew we had an exciting camp just at our fingertips.

Although this was 3 days of action packed adventure, here are the few of the many highlights;

Boogies Boarding Session! Yep, jump in and hang on as we glided down some 2 metre waves with a wall of whitewash to propel us into shore. Although there were 3 lifeguards and a teacher, in the water with us, we were zipping past all of them as we did what is called a ‘party wave’ where we all rode the wave together. Some made it to shore whilst others tumbled in the turbulent hydro wash!

After playing on the nice and hot beach an ice cream sounded good so we walked down to the pier in Cowes. Along the way we found some jelly fish, some small fish and some really cool soldier crabs (all harmless of course). After eating our ice-cream we walked back to camp and had the delicious lasagne. Then after dinner we went out for a fun game of Find The Teacher and 40/40.

The next morning we woke up and had breakfast which was pancakes! It was great to have a hot breakfast as it was cold and raining outside and yet, Mr White told us, we were going to get out there anyway! So we did. We put on our rain coats and headed down to the Nobbies, where we witnessed our second highlight – penguins. Yep, lots of penguins. We were the only people down on the rocky cliffs so the penguins felt comfortable and came out of their burrows, in the rain, to say hello.

Later in the afternoon we went off for our surf lesson, which was amazing. The instructors really enjoyed teaching us and gave us some extra time. By the end most of us were standing up and surfing like Mick Fanning (without shark in tow!).

When we got back to our cabins we had a hot shower, ate dinner and snuggled up in our sleeping bags and watched a movie called Holes.

Sadly, the next morning was our last day at Philip Island. We finished off our Surf Camp with a visit to Amaze ‘n’ Things for the mirror maze, illusion room, drop slide and mini golf. Overall the boys had an Amaze ‘N’ time (yes I used the corny joke). We would rate this camp a 10/10! The Year 4s are going to love it next year!