We picked up rubbish and litter that people left on the ground. We used tongs to pick up the rubbish and then put it into buckets and finally into the bins where it should have gone in the beginning.

Mr Kenny and Mrs Gluskie said that we did such a good job that we could have a play on the play ground and the train.

We had a really great day! 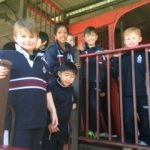 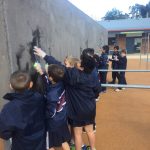 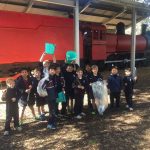 by Andrew Wang and Mackenzie Hanna