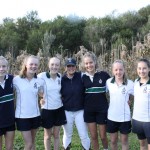 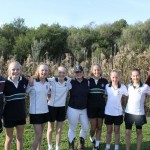 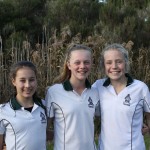 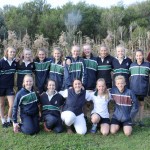 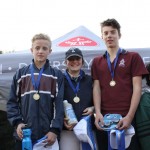 On Friday 3 June, fifteen Tintern Students travelled to Boneo Park on the Mornington Peninsula for the Balcombe Grammar Equathon.

The Equathon consists of 3 phases; a cross country run of 3 km, a swim of 100m and a Showjumping round for a horserider. Friday began with the Showjumping phase, followed by the run and finally the swim at a local Aquatic Centre. This was a big event with over 400 students entered from many schools. Teams and individuals are entered in four age groups. Tintern had competitors in the 10-12 year old group and the 13-15 year old group. Teams must be males or females, with the only exception being that a male team can have a female showjump rider.

Ms Constable and Mrs Bezaire took 5 teams to Boneo in the Tintern bus. Four of those students also competed as individuals. Of the individuals, Charlie Johnson finished 6th, Ella Trevorrow finished 5th, Lilly Trevorrow finished 7th and Grace Lloyd finished 15th. They all did an awesome job of completing all three phases by themselves, as well as having their ride count towards their team points.

I found this event really exciting. It was a new experience for me, as it was for most of the team members. As a member of the Equestrian Team, it was great to share our sports and support each other. I really enjoyed watching all the other events and would encourage other swimmers, runners and riders to consider taking this event on as a new challenge in the future.

The students who competed were:

On behalf of the teams we would also like to thank Friends of Equestrian for their generous donation in paying for the team entries for this event out of the proceeds from the Tintern Interschool Horse Trials 2016.