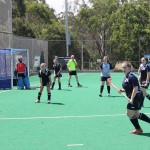 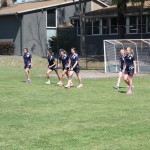 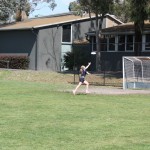 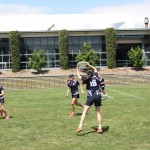 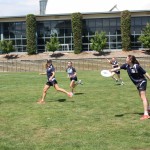 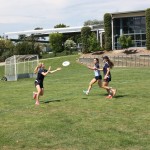 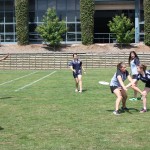 Tintern Year 7 students have enjoyed the opportunity to compete in EISM Summer Sports throughout Term 4 and the season has just concluded. It was wonderful to see that every single student was a member of a team and some took the opportunity to switch sports when others were absent. All students represented the school well and made excellent progress in developing their skills, knowledge and sportsmanship. Many students were playing sports that they had not previously played at a competitive level, which was great for them to experience. Congratulations to our Girls Tennis ‘A’ team who won the Premiership and our Girls Volleyball ‘A’ who finished Runners Up.

The Spring Season of EISM Sport has also recently concluded for Year 9 Girls and Year 8/9 Boys. Once again, every student was a member of a team and represented the school well. Girl’s sports included Badminton, Hockey, Table Tennis, Ultimate Frisbee and Volleyball whilst the Boys competed in Indoor Cricket, Indoor Soccer, Netball, Touch Rugby and Volleyball. Whilst they didn’t bring home any Premierships, all teams tried very hard each week and improved significantly during the season.

There is no EISM Sport for Year 8 Girls during Term 4, however, the girls were kept busy running their own sporting competition as part of our SEPEP program. The girls organised the entire competition of European Handball from coaching and managing teams, to umpiring and publicity. The season culminated with an exciting Grand Final (won by Gordon) and celebratory food and drink in House colours.

Following our recently successful House Swimming carnivals, students who achieved excellent times were invited to join the school’s EISM Swim Squad for 2016. These students have been training at school on Wednesday and Friday mornings for the past four weeks. This will lead into Term 1 next year and the EISM Championships in late March. Congratulations to all students who were selected in this squad and for the commitment they are making.

Our Swimming program culminated on Wednesday with our Prep-2 Fun Swimming morning, and our Year 3-6 House Swimming carnival. Both events were spirited, energetic and provided an opportunity for all boys to display the confidence and skill learnt during swimming lessons.

For our Prep – Year 2 boys, events such as the Submarine relay, cork scramble and boogie board relay saw them participate in group activities, with the support and encouragement of their peers, and the many parents present. Freestyle sprints individualised to meet each boy’s ability were also on offer.

Butterss were again the Champions (fourth year in a row) in our 3-6 Carnival. This is always a most enjoyable afternoon for our boys. Traditional events such as sprints, relays and medleys are complemented by Inflatable Boat races, ball relays and boogie board races.

Dann House pushed Butterss until literally their last event, but the strength overall of Butterss swimmers’ led especially by Kaidin Dalzotto and Nick Reilly, was outstanding.

We congratulate all boys for their most positive and confident involvement in our Swimming program, and thank Mr Johnstone for his organisation. 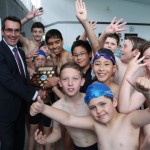 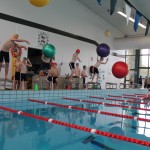 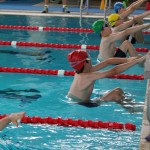 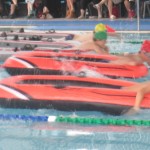