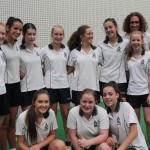 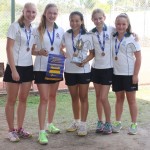 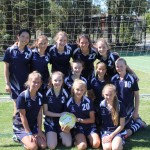 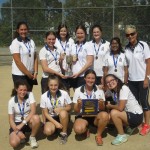 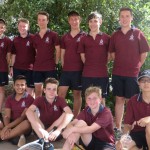 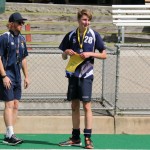 Year 8, Year 9 and Senior students have been competing in a variety of EISM Summer Sports during this term.

Support for most sports has been excellent despite a number of interruptions caused by ‘heat outs’, camps and byes.

Thanks to all teams, coaches and managers for their effort and commitment throughout the season.

Our most successful teams were those who improved throughout the season, formed a strong bond amongst team members and enjoyed the opportunity to represent Tintern.

In total, six of our Year 9 and Senior teams managed to reach finals and we would like to acknowledge these teams. Our Year 9 Teams were:

Our Senior Teams to make finals were:

Year 8 Girls Sport is conducted on Tuesday afternoons and as theirs is a round-robin competition with no finals, whoever finishes on top of the ladder wins the Premiership. Our Girls Soccer and ‘A’ Tennis teams finished the season undefeated and on top of the ladder. Congratulations to both teams on a wonderful season and for winning their Premiership.

Term 1, with EISM Summer Sport, House Athletics and EISM Swimming is always a busy term for sport. Our Senior and Middle School House Cross Countries will be held early next term and Winter Sport will start soon after. The EISM Athletics Squad will also start training at the beginning of term and compete on Tuesday 3rd May.

Keep supporting our sport program and above all have fun.