On Friday 16 February the annual House Swimming Competition was held at Tintern. With a new format this year the Girls’ and Boys’ carnivals were held on the same day. The girls swam from 8:40am – 12pm. The boys swam from 12:10-3:20pm. The House spirit and participation level of the students was fantastic. The score throughout the Girls’ carnival was extremely close all day with only a few points separating the first three Houses. It all came down to the final race with three Houses that could still win the carnival. The participation and enthusiasm in the Boys’ carnival was just as strong. The students displayed great House spirit and competed to the best of their ability. The scores were also close all day.

The final results for the girls were:

The final results for the boys were:

Year level champions will be announced at assembly on Friday 23 February.

A big thank you to all of the staff for their assistance in running the carnival. 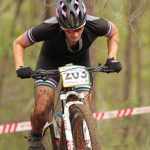 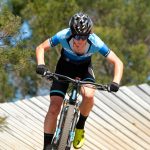 Mitchell McGovern competed in the VICS event for Round 4 at Lake Mountain, Mitch finished 13th in his group with a time of 10min 24sec.  He was under a minute off from the 1st placed rider.  It was a 4.5km TT up Lake Mountain. Round 5 was at Sandown last Friday and it was a Team Time Trial.  Mitch was in a team with three other boys from different schools.  This “Mixed Team #6” ended up 5th out of 24 teams in the Senior Boys’ division and rode very well. Well done, Mitch!

In her 25km race Phoebe finished 198th out of 401 competitors, 61st out of 156 women and 8th in her age group. In her 10km skating race, which is her preferred discipline in cross country skiing, she finished First Place in her age group, 8th out of 16 women competing and 29th out of 46 competitors. In her final race, the 9km Classic, Phoebe finished second in age group, 14th out of 28 women and 27th out of 51 competitors. In a field of women who largely live in the snow and have far more training opportunities, Phoebe should be very proud of such fantastic results as we certainly are. 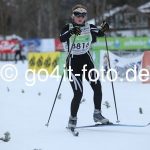 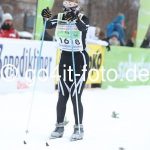 Angelica Collins Spurling (Year 8) and Odette McCallum (Year 5) also did very well in their classes, considering each had well over 50 riders in them. As for myself, my horse, Henry, could have tried a little harder to concentrate on the jumps in front of us instead of his girlfriend, Pip, back at the float. The equestrian team has had a very promising start to the year and we are now looking forward to our Demonstration Day on 23 March and our Horse Trials on 29 and 30 April. 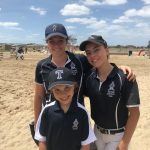 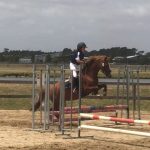 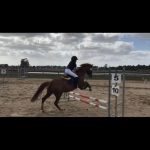 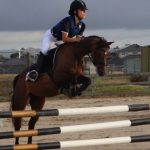 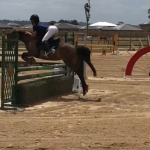 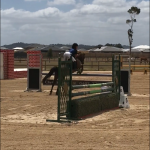 On Friday 23 March, our team will be presenting an Equestrian Demonstration showcase on the hockey oval at Tintern during lunchtime (weather permitting). A World Challenge group will be having a sausage sizzle on the Hospitality deck, so do come along and support our riders and World Challenge crew.

Our riders also are well into their preparations for the Tintern Grammar 2018 Inter-School Horse Trials Championships at Wandin Park. These will be held over the weekend of 28 and 29 April. For further information, check out details on the school website or the Facebook event.