Congratulations to our Year 7 students who competed in EISM Summer Sport during Term 4. Tintern teams performed particularly well to pick up four premiership flags. Boys’ Tennis A & B and Girls’ Volleyball A were undefeated throughout the season and Boys’ Indoor Cricket shared the premiership after a massive win over Luther in the final round. Thanks to all students and staff for their outstanding contribution during the season.

Tintern Year 9 students also performed well in the EISM Spring season during Term 4 to achieve three premierships against strong opposition. Both Girls’ Badminton and Girls’ Hockey went through the season undefeated, and Girls’ Volleyball, with only one loss, managed to share the premiership with Billanook College. Thanks to all students and staff for their wonderful efforts throughout the season.

On November 19, Jessica Van Bremen (Year 9) competed in Grade 4 at the Lilydale and Mooroolbark Pony Club Supercross Event. This entails competing in both Show Jumping and Cross Country rides. Jess and her horse, Highgrove Flying Colours (a.k.a. Fly) completed a clear showjumping round and had a couple of refusals in cross country, which saw them place a creditable 11th overall in their grade.

Congratulations, Jess, on this great result. 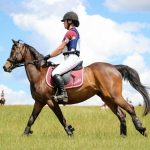 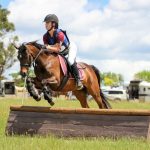