Following a break for EISM Athletics, the Winter sport season is now underway with teams competing at Year 8, Year 9 and Senior levels.

Year 8 Girls are fielding teams in Basketball, Touch Rugby, Volleyball and Field Hockey. The Touch Rugby team has started well with strong wins against Emmaus 12-4 and Mt Lilydale 10-0, whilst Volleyball A & B have won their matches well. Hockey drew against Mt Lilydale and Basketball lost a close contest against Emmaus 35-36. Best of luck against Mt Scopus this week.

Year 9 Girls are competing in Football and Soccer whilst Year 9 Boys are playing AFL Football, Soccer, Badminton and Table Tennis. Girls Football started the season well with a big win over Mt Scopus, however in Soccer were not so lucky, losing 2-6 against a strong Mt Scopus side. Boys Football have had a win against Donvale and a loss against Aquinas, Soccer conceded against a very strong Mt Scopus side 0-5, Table Tennis lost ‘A’s but won ‘B’s against Mt Scopus and Badminton lost in a count back after finishing 6 matches all against Mt Scopus.

Seniors have played two rounds to this point. Girls are fielding AFL Football, Soccer, Hockey and Netball teams whilst boys are competing in AFL Football, Soccer, Badminton, Table Tennis and Volleyball. Girls ‘A’ Netball have had strong wins against Mt Lilydale and Mt Scopus, whilst Girls Hockey, Soccer, Football and Netball ‘B’ have all recorded a win and a loss. Boys Table Tennis and Badminton have each scored a win and a loss whilst Boys Football, Soccer and Volleyball are yet to record a win.

Best of luck to all teams. 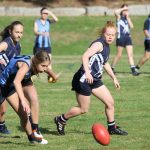 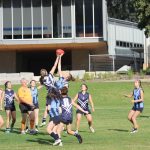 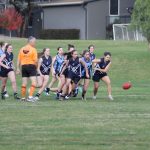