Our Senior College students and Pastoral Mentors have been delighted to return to school this year to a revitalised and modernised Anderson Centre (the focus of the Senior College precinct). The building has been redesigned internally and features private and group study areas, a separate kitchen area for Year 12 students and a shared kitchen area for Years 10 and 11 students. An additional teaching room, a new interview room and a new conference room, as well as more light and more spacious open spaces are also new features of the building.

Tuesday 2 February was the first full day of school this year and teaching commenced by 10.25am after a pastoral session with the Form Mentors and a Secondary School Welcome Assembly. On the evening of Tuesday 2 February the Senior College Information Evening was held and our Year Level Co-ordinators (Mrs Jennifer Tsai Bove (Year 12); Mr Nick Stefanac (Year 11) and Mrs Heather Ruckert (Year 10)), the five Pastoral Mentors at each year level and I were delighted to greet the many parents who took the opportunity to attend and hear about the programs and special features of their daughter’s/son’s year level. Each family was able to collect a copy of the Senior College Handbook to keep at home as a back up for information in the student’s copy which we expect will remain at school for “ready reference”. A copy of each of the Year Level Co-ordinator’s presentations is available on the Portal.

Last Friday 5 February we held our inaugural Tintern Grammar Foundation Service to celebrate and signify our first year under the banner of our new School name. All students from Prep to Year 12 attended and we were joined by a large number of parents, as well as members of the School Board and Life Governors.

This week our Senior College students have been given a paper copy of Tintern Grammar’s Anti-Harassment/Anti-Bullying Policy. It is expected that students will bring this home for discussion with their parents/guardians, as we require families to sign the student’s Record Book to indicate that the policy had been read at home. The policy is referred to in the Handbook but is not contained within the handbook in its full 4 page version. A copy of the Anti-Harassment/Anti-Bullying Policy will shortly be placed on the Portal for parent access.

On Monday 8 February we celebrated Chinese New Year – 2016 being the year of the Monkey – with thanks to our senior International Students, our Chinese teachers, and our International Students Co-ordinator, Mrs Anne Potter. The Anderson Centre has been adorned with beautiful Chinese decorations and staff and students attending a celebration at lunchtime could participate in such activities as: drinking Chinese tea, sampling Chinese food, testing themselves at picking up smarties with chopsticks and trying to write their names using Chinese Calligraphy. 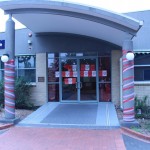 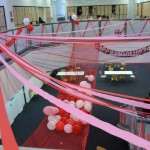 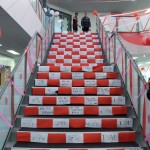 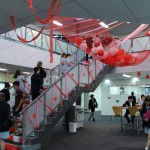 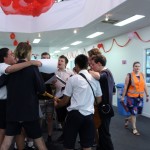 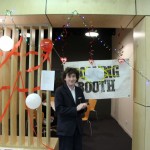 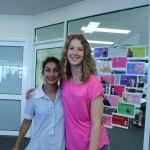 This Friday 12 February the Anderson Centre will be transformed with decorations to signify the approach of Valentines’ Day (Sunday 14 February). Our School Leaders and their Year 12 peers use Valentine’s Day as a theme for raising money for the Heart Foundation through enjoyable activities such as love song dedications and serenading and baking treats.

Sporting Achievements over the holidays

We have had some wonderful sporting achievements in a variety of sports across the Summer holiday period. Some that we are aware of at this stage are:

Maddie captained the East Metro team throughout the rounds of the U18 VicSpirit Championships in December and the team was undefeated going into the Grand Final played at the MCG on Sunday morning. Their opponents for the game were the Mallee Murray team from the Mildura Region and included three of her Victorian team mates.

Maddie writes that “I lost the toss and fielded first, which was not what I had planned for the day. Our bowlers did a great job of making sure that runs remained hard to come by and we kept the Mallee Murray to 5 wickets for 80 runs off their 20 overs. I then opened the batting with my batting partner Zoe and many would say that the runs flowed easily for us although it was tougher than it seemed. It took us only 14 overs to pass the score and win the competition with the final runs coming from my first six on the MCG! This was our second consecutive win in the U18 Championships and my third consecutive state title having also won the U16 title in 2014. In addition I was named joint player of the Championships which is based on umpire votes and my performance in December when I scored a total of 240 runs with an average of 80 and also six wickets at an average of just 6.33 runs per wicket. Captaining the team to another Championship win was fantastic and I am very proud of my team’s efforts with everyone contributing well.”

Well done Maddie and we wish you every success in your future cricket endeavours.

Courtney has been doing marvellously well in the recent Nationals in Mountain Biking and is currently in 3rd place in her event, Under 17 Womens’ Cross Country Mountain Biking. Courtney had competed so far in events in NSW, Victoria and Western Australia; the finals of the event will be held in March in Melbourne.

We wish Courtney all the best as the final stage of the event approaches.

Alexandra Eadie and Talia Webb, both of Year 10 – Sport Aerobics and Fitness

Alex and Talia competed in the FISAF (Federation of International Sports Aerobics and Fitness) World Championships in Martinique (an island in the Caribbean) and placed a wonderful second in their event, Petite Junior Fitness (5 man team) in December 2015.

On the way, Alex and Talia and their team won both the State and National titles to qualify for the World Championships. This was truly an international event, with the Czech Republic placing first and Russia placing third.

Adam Blazevic has been competing in the National Mountain Biking Cross Country series and has been doing very well. In his last race at Thredbo he placed sixth in the junior Men’s Competition (Under 19) where he was only just over 2 minutes behind the leader. This result has taken Adam to a current series placing of 13th in Australia. The finals are in Melbourne in March.

Matt has earned selection into Australia’s Junior Davis Cup team – more detail on Matt’s achievements will be provided in our next edition of Aspectus.

Secondary School (Years 7 – 12) photographs are scheduled for Thursday 18 February and all families and students are requested to be mindful of this in ensuring that full Summer Uniform including blazer is worn to school on the day. If the temperature on the day is forecast to be 30°C or above, students are still asked to ensure they bring their blazer for their individual, Form and Group photos which will be taken on the day.

The Year 12 Induction Assembly is scheduled for Friday 19 February in our Secondary Principal’s Assembly, which will run from 1.40 – 2.20pm. At this Assembly, with its focus on Leadership, all Year 12 students are presented to the secondary school; in addition the School Leaders, House Captains and Middle School Leaders and Middle School House Leaders will be presented with their badges. Semester 1 Form Leaders will also be announced at this Assembly.

A reminder for all families and students that the Tintern Grammar Cathedral Service is scheduled for Sunday 21 February at St Paul’s Cathedral in Melbourne. The service will commence at 2.30pm and all families are advised to plan to be at the Cathedral by 2.15pm. It is an expectation that all students will attend and students are asked to ensure that they have their name marked off by their Pastoral Mentor at the Cathedral. This is one of only a few compulsory “out of school hours” events that the school expects students will evidence their commitment to the school by attending. Full Summer Uniform is to be worn, including the blazer, which may be removed inside the Cathedral if the temperature is 30°C or above. All boys are asked to wear ties on this occasion – if a tie is being purchased especially for the Cathedral Service, our advice is to buy the striped boys’ tie from the uniform shop.

Our Year 10 families should by now have received information on the Year 10 City Experience which is scheduled for Monday 22 – Wednesday 24 February. Year 10 students have also commenced an  introductory session on the City Experience and have been advised of room allocations. The City Experience provides many opportunities for students to enjoy experiences in the City of Melbourne, many of which they may not have participated in before – even if they have lived in Melbourne for all of their lives so far.