In mid-January 2021, I had the honor of participating in the National Math Summer School for a week and am evermore grateful for being able to have this opportunity to meet with like-minded students around Australia. I found the experience greatly rewarding and I cannot believe that mid-July 2020 was the first time I had ever heard of the NMSS, fondly named NeMeSiS by its participants, completely by chance from a conversation with Ms Tillyer. For this, I must give special thanks to Ms Tillyer.

NMSS is a selective camp that runs for 2 weeks in January every year and seeks to gather a maximum of 75 fine young mathematical minds from all the states together at the ANU to be exposed to different ways of thinking about math and give students a taste for what lies beyond the math done in high school. Despite having never considered myself a math genius of any kind I still decided to approach the NMSS application process with an open mind and give it my best shot. It was certainly the right decision and both me and Ms Tillyer were ecstatic when news of my acceptance for the 2021 program was received in Term 4. Unfortunately due to COVID the program was moved online and shortened to just one week but still it was a fun, well-managed and eye-opening experience that featured many accomplished mathematicians in Australia.

The program was, for the majority filled with lectures on Number Theory and Algorithms along with tutorials and study sessions where there was plenty of time for one-on-one tutoring and discussions with experienced professionals who worked in mathematical fields. One of the great highlights of the camp for me was learning to approach math with a very different mindset from the one used for normal school math; the problems at NMSS were incredibly tricky, and at some times had no answer as of yet, but NMSS really drove in the idea that 1. encountering challenging content wasn’t a sign of personal incompetency but a place for learning and pondering and 2. Venturing into the unknown and tackling problems where the path to answer wasn’t spoon-fed or straightforward was generally much more rewarding.

I would like to share an inspiring realisation I had at the NMSS. As I worked through the problems given at camp, it struck me that some of the most irritating and unsolvable questions were often the most simplest looking and intuitive. And as Norman Do (the director of the camp) aptly summed up, the fact that these problems were intuitive but frustratingly hard to prove was testament to the thousands of years of knowledge gathered and how far we had improved from the absolute basics, so much that returning to them seemed trivial and impossible to prove since they just are, or must be that way. And for me, that statement truly made me realize how extraordinary human ingenuity is – although a single human lifetime is short, just by sharing knowledge and collaborating together we’ve already come so far in our quest for knowledge, it really makes one wonder/and be inspired by how boundless our future potential for discoveries could be.

Aside from the academic side of the program, there was also the social aspect where I was able to meet (online) and chat to many other fellow Year 12’s who were passionate about math, shared a love of solving hard problems who I may never have known if I had not been at the program. As many of the lecturers and alumni had advised, networking becomes very important later on in life and one of the greatest benefits of attending NMSS was that the camp was the perfect opportunity to start on building connections and networking. For any students in Year 11 this year I would highly recommend applying for NMSS if you have an interest in math, it is such a wonderful experience to have and will certainly change the way you see and think about math. 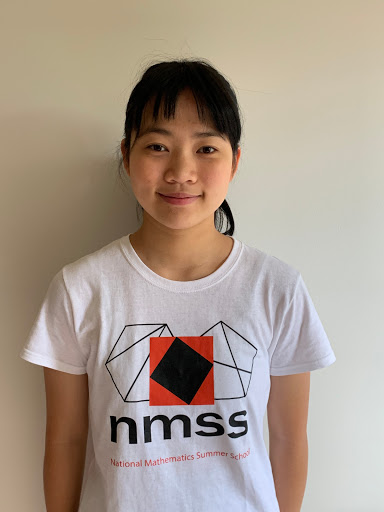 Congratulations to Matthew in Year 8 on recently b

Calling all past students! Don't miss the very fir

To celebrate the beginning of the Tokyo Olympic Ga

In the recent school holidays our Equestrian team

Our EISM Chess Team recently competed in a Chess t