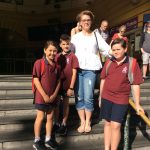 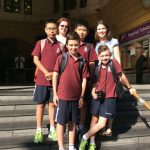 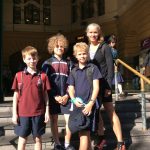 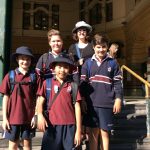 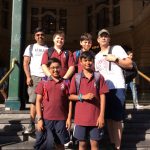 Each team had planned their itinerary for the day. The goal? To find as many iconic Melbourne landmarks and places of interest as possible from the booklet Mrs Neilson had prepared for us. We had to answer questions about each place and provide evidence such as collecting pamphlets and taking photos. After a 45 minute train trip we disembarked at Flinders Street Station and the challenge began! The only mandatory place we all had to visit was the Shrine of Remembrance which meant we had to catch a tram down St Kilda Road or walk, which some of us did, including Mrs Neilson and Mrs Dell’Oste. The volunteers at the Shrine gave us a lot of information. The whole place felt very sacred. There was a long wall displaying 4,000 service medals, each one representing 100 Victorians who have served in war or peace keeping and six who have died. The new area underneath which was opened last year was amazing… very moving.

Other places we visited included: the State Library, Parliament House, the Cathedral Arcade, the Royal Arcade, the Bourke Street Mall to see the Public Purse and the three Businessmen statues, Federation Square to see the NGV and ACMI – the Australian Centre for the Moving Image.

We would like to say a special “thank you” to our Team Leaders who supported us on the day: Gagan Agrawal, Katy Brumley, Adrian Dalzotto, Kate Keogh-Murray, Bec Lalor, Yvette Kozielski, Natalie Sebek, Ivana Smith, Geraldine Wolstencroft and of course Mrs Dell’Oste. We discovered lots about ‘Marvellous Melbourne’ and most importantly… we survived! 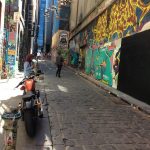 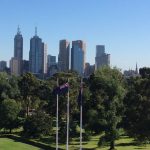 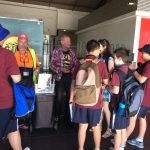 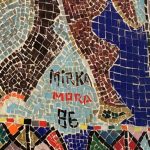 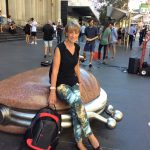 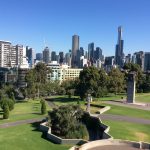 by Mrs Neilson and the Year 6 Boys