News from the Maths Department

Congratulations to Abby Chai (Year 8), Josh Choong (Year 9) and Gavin Choong (Year 12) whose projects were selected as national entries in the 2018 Maths Talent Quest. These projects were chosen as the best entry in their respective year levels and then judged against other State’s national entries. This is a fantastic achievement for these students, and we are pleased to share that Josh’s project has won the national prize for best Year 9 entry in the country! Well done, Josh!

Also, congratulations to the following students whose projects were awarded a distinction or credit in the 2018 Maths Talent Quest: Elijah Hanna, Haochen Zhang, Kristian Dass, Daniel Sun and Daniel Elias in Year 5, Annie Li and Yash Agrawal in Year 7, Adam Choong in Year 9 and Josephine Owen in the Year 10 – 12 category.

As a team, Tintern Grammar received three high distinctions, three distinctions and four credits; a well-deserved acknowledgment of all the student’s hard work and a fantastic achievement in a field of 684 Victorian entries. Well done to everyone involved in the 2018 Maths Talent Quest! You should be very proud of your achievements.

The 2018 CHOOSEMATHS video competition presentation ceremony was held on Friday 7 September at Leonda on the Yarra. Gavin Choong (Year 12), Joshua Choong (Year 9) and Adam Choong (also Year 9) submitted a video that was selected as one of the finalists and they won $1,000 and each received a medal. Their video explained the Mathematics behind the SIR model that is used to predict the spread of epidemics like Ebola. Watch their video here.

This is the third year that the CHOOSEMATHS competition has run and the theme for 2018 was ‘Our World Needs Maths’. Over 1,000 videos were submitted from around Australia and they were judged not only on their Mathematics, but also their creativity and teamwork. Ten teams were selected as finalists to attend the three-course meal and hear from speakers like ABC Science presenter Bernie Hobbs and Global Head of Inclusion and Diversity at BHP Billiton Fiona Vines. Gavin, Joshua and Adam were joined by their parents, grandparents, Steven Lo, Kiera Gooding and Julie Tillyer.

Congratulations Gavin, Josh and Adam on this fantastic result! 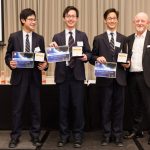 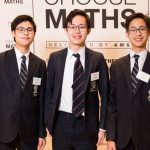 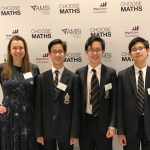 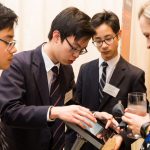 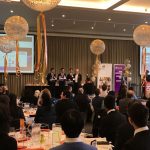 by Julie Tillyer, Teacher of Mathematics