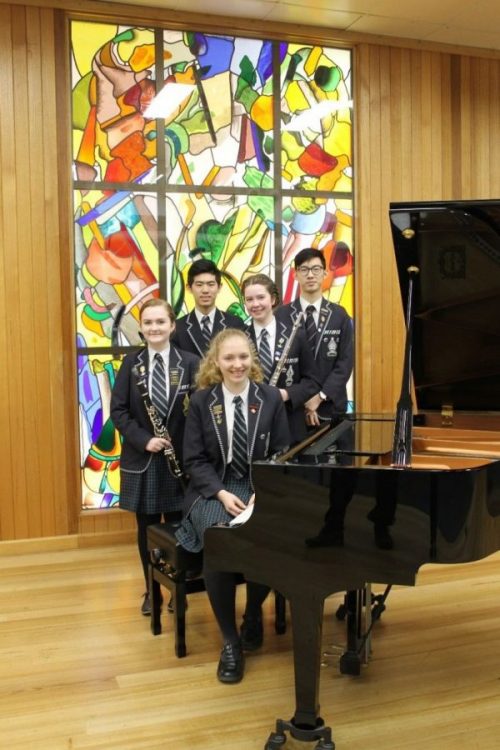 The IB music class of 2018 held their recital last Thursday 12 September. We performed our solo programs, of around twenty minutes each, as well as showcasing our original compositions. This culmination of two years’ worth of tireless work was our chance to display how much we have flourished during the music course, having developed as solo instrumentalists and produced unique works testing new compositional skills. Steven Zhang performed on piano as well as timpani, xylophone, and drum kit, displaying his widespread talent for percussion. Charlotte Menagh performed on clarinet her solo program as well as one of her outstanding compositions written for clarinet trio entitled “Three Sisters”, which evoked the emotions experienced during a fight with her twin siblings. I performed on solo flute, and most enjoyed the performance of ‘Mei’, a modern Japanese work which is atonal, has both haunting long notes and striking accents, and involves diverse techniques such as flutter-tonguing, glissandi and key clicks. The Year 11 IB music students, Molly Fleming and Ron Chen, both played beautiful pieces on solo piano, giving us a taste of the amazing talents yet to be featured at next year’s IB recital. The music class thanks all staff and students who accompanied us, performed in our compositions, and helped organise and run what was an incredible night and an opportunity, which I feel privileged to have had.