Last Tuesday night a collection of Tintern students came together for the annual Singing Soirée, in order to demonstrate their many talents in the vocal field. The night was a huge success, with a vast range of differing styles and performances which provided an evening full of entertainment and awe. There were several newcomers from Year 7 who revealed promising futures for their singing careers at Tintern, with Renee Yu and Ella Jones demonstrating high vocal ranges. Not to mention the student who opened the show, Audrey Middleton, who set the bar high with her beautiful rendition of ‘I have dreamed’ from ‘’The King and I’. Fintan McCrave also showed amazing falsetto range in one of the best performances of the night, a classical work on the Australian bush named “Dinah’s Song”. The two leads of this year’s school musical, Brayden and Nora, came out strong as well. Brayden performed the classic Baritone song “Stars” from Les Mis, whilst Nora displayed her fantastic acting abilities with a narrational song from “A Chorus Line”, ‘Nothing’. And yes, many jokes were made over the title of the song. Speaking of jokes, plenty of comedy was also had at this night. Jonah Fleming did a great job of portraying the arrogant and overconfident Gaston in the song “Me”, boasting about the perfectness of his thighs. And, being careful not to be sound arrogant and boastful, most would agree the highlight of the night was the duet between Brayden and Jared, performing the overtop and hilarious song ‘Agony’ from Into the Woods. The duet of two princes complaining about their inability to be with their princesses received thunderous applause, and were asked for an encore from Ms McKenzie, which became ever more over the top and extreme. Finally, to end the night the Intermediate Girls’ choir came up and performed a beautiful rendition ‘A Million Dreams’ from “The Greatest Showman”, followed by the choir’s age-old tradition “The rhythm of life”, played extra fast to the enjoyment of the audience and dismay of the singers. 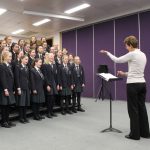 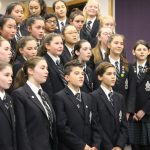 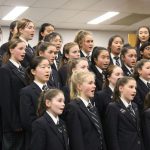 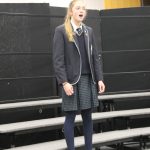 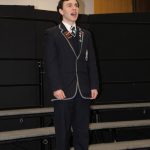 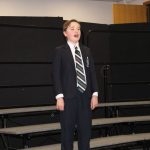 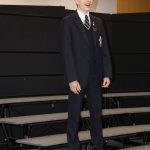 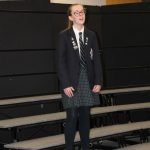 Last Thursday evening an extensive audience had the privilege of listening to budding and seasoned wind players at the annual Brass and Woodwind Concert. With forty items, the richly varied program provided us with a myriad of instruments, pieces and timbres, from a clarinet waltz to a 20th Century Japanese flute solo to a trumpet duet rendition of ‘Oh When the Saints’. Overall, the atmosphere was supportive and lighthearted, but the daunting task of performing solo was still challenging for all, especially some beginners for whom this was their first ever live performance, so congratulations to all performers for adding to the amazing night. These concerts are incredibly important in nurturing instrumental students, from kick-starting the very beginning of their performance career to providing a sounding board for advanced players preparing for their final recital. Thank you to Ms McKenzie, Ms Patton and Mr Bathgate for performing alongside us as accompanists, and to all the music staff for supporting the brass and woodwind students this year.

Last Saturday the Tintern Grammar Senior Jazz band performed at the annual Essentially Ellington Down Under program, a program where young jazz bands across Melbourne have the opportunity to perform in front of an audience and participate in a private workshop led by experienced musicians. The program was held at the Australian Institute of Music in the city, a perfect facility for accommodating so many jazz bands. The Senior Jazz Band played well on stage, and benefited from the advice given by Jerome Jennings, a professional jazz musician from America. Jerome earned a Masters Degree from the prestigious Juilliard School in Manhattan NY and in the Fall of 2017, he accepted the position as Resident Director of The Juilliard Jazz Orchestra. All the members of the Jazz band enjoyed the experience and gained valuable insight into the world of jazz and enjoyed listening to other young jazz bands who also performed on the day. 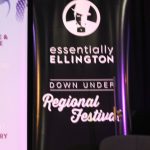 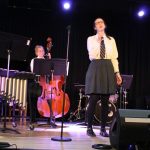 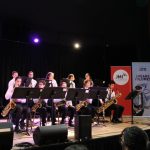 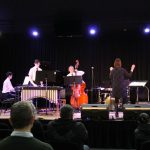 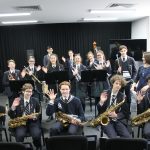 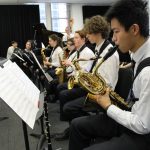 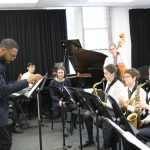 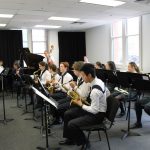 The Chamber Orchestra performed in the Royal South Street Festival of Strings on Saturday 1 September. The long, rather raucous journey to Ballarat took around 2 hours, which was spent listening to music, playing card games and excitedly discussing the competition ahead of us. Our category for senior strings had 8 schools competing, all of which were extremely talented. When we entered the hall to listen to some of the other schools perform, we were shocked to hear not two, but three other schools play one of the pieces that we had prepared. We soon got over our amazement and figured out that it was not a crazy coincidence, but rather a popular piece that many schools knew.

It was finally our time to go backstage and start warming up, so Mr Veldman led us through the maze of passages to our dressing room, in which we lost a few along the way. We got to see a few other schools backstage when we were squeezing past each other in the narrow hallways which was not that enjoyable for those who played bigger instruments like the cellists, but all was figured out in the end. The other orchestras ranged in size, some so big that they had 3 double basses!!

Being an audience member was a really great part of the day. Listening to the other orchestras play the pieces that we have previously played, gave us a different perspective on them, which was really enlightening.

Overall it was an amazing experience that I’m lucky to have had, especially with such talented people around me. Even though we came 5th overall, receiving a Highly Commended ranking, the day was a well-spent opportunity to bond with everyone, and being the Year 12s last performance with the Chamber Orchestra, the competition was definitely a worthwhile way to end our time.

Thank you to Mr Veldman for organising the trip and a special thank you to Mrs Mackie (Tintern’s Cello Teacher) and Ms Infanti (the violin playing Geography teacher!) for assisting with student supervision on the day. 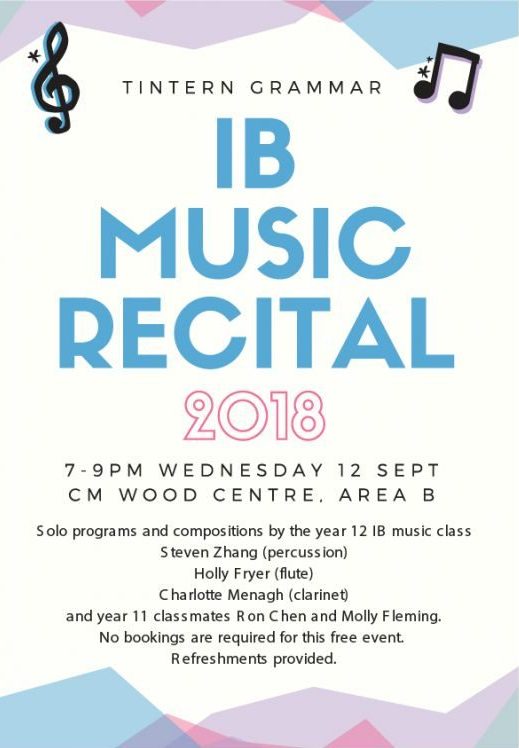 Congratulations to Harry Baugh, who went to Ballarat recently to play with the Whitehorse Brass Band at the Royal South Street Competition. His Band came first in the D Grade section.

Held at the Melbourne Conservatorium of Music, Southbank Campus, the MYO Summer School caters for all ensemble instruments, with symphony orchestras, bands, string and jazz ensembles.

Over 650 students come together with some of Australia’s best conductors and tutors for a stimulating range of musical and social activities in a fun and collaborative atmosphere. There are daily opportunities for students to extend themselves through workshops and group activities and advance their performance skills at informal lunchtime concerts. Summer School culminates with showcase concerts at the Melbourne Recital Centre, highlighting the week’s achievements for participants’ families and friends, as well as the wider community.

Applications are now open online at www.myo.org.au and close this Friday 7 September 2018.