Our trumpeters contribute to ANZAC Day events both at school, and out and about

We recently have had the pleasure of hearing Charlie Victoria (Year 9) and Josh Apsey (Year 8) perform the Last Post and Rouse at both our Senior ANZAC Service and the Combined Junior Schools ANZAC Service this week.

Charlie also gave a flawless and much-admired performance at the Boronia RSL on Sunday afternoon. The RSL Committee was so impressed with Charlie’s playing that they have already booked her for Remembrance Day.

The photos in the gallery below show Charlie with Carl Sorenson (Secretary, Boronia RSL), Rod Canobie (President, Boronia RSL) and the Honorable Heidi Victoria, Shadow Minister for Arts and Culture, Tourism and Major Events and Consumer Affairs, Charlie and Josh with Colonel David Jamison AM Retired, from the Ringwood RSL following the planting of the Gallipoli Oak Seedling at the conclusion of the Junior School ANZAC Service on Tuesday morning and Charlie with Michael MacMillan and Noel McLean (President of the Bayswater RSL) at the Bayswater RSL ANZAC Service. 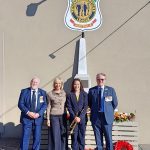 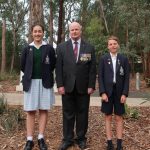 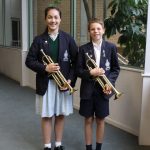 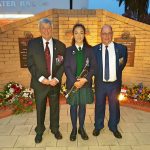 I have been playing cornet with the Box Hill City Band for the past 3 years and we rehearse every Tuesday night. There are 12 cornets in the band and I play the Cornet 2 part. The members of the band range in age from 10 to 80. During the April Holiday break, our band competed at the Australian National Band Championships. There were nine bands in the section and we played at Xavier College and Methodist Ladies College. Our band came 3rd overall in our section. Grease is the word!

During the holidays, I performed in Grease: The Arena Experience at Hisense Arena, which was a combination of dancing, singing and acting. We had two weeks of non-stop rehearsals during the holidays and then three shows; one on Friday 14 and two on Saturday 15 April. I absolutely loved this experience and was so glad I auditioned and I have to thank Harvest Rain Theatre Company for letting me be a part of the show. 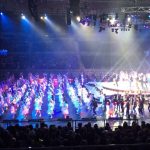 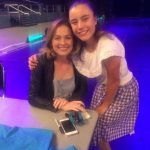 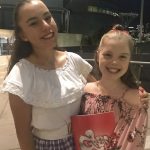 Steel Pans Incursion had us all bopping!

When the ‘Pans on Fire’ musical group from Marysville came to Tintern and performed on Wednesday 18 April, the Year 8s were soon standing and dancing. The infectious, happy vibe brought music to an otherwise ordinary school day. Some tunes that they played were from recognisable famous songs. Others were pieces from the Caribbean tradition and Jazz traditions.

In between performances, the leader of ‘Pans on Fire’ told the story of the community band. After the 2009 Black Saturday bushfires, the band came together to perform happy music to help their town emotionally rebuild itself. The best thing is that almost none of the band members could play musical instruments, but they all became hooked on playing the steel pans and making music together.

After the performance, students from Year 8B and 8E were fortunate to play the steel pans themselves during two intensive workshops. It was enormous fun and the workshop had really great energy. We learned ‘The Lion Sleeps Tonight’ on the steel pans.  The leader of the group taught us well and helped us until we learned the whole song in several parts. At the end of the session, we all played together and it sounded very well.

Overall, the ‘Pans on Fire’ experience and incursion was fantastic, and the Year 8s would love to invite the group to visit another time. 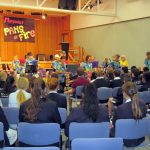 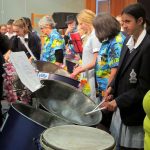 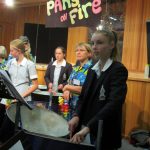 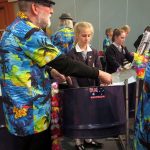 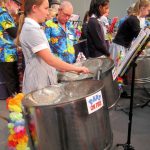 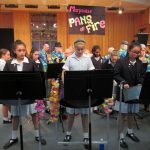 It’s that time of year again. Get your dancing shoes on and join us at the Tintern Grammar Friends of Music 18th Annual Jazz Night! Book now. Congratulation to Mitch in Year 12 for his great p

After undergoing works at the end of last year, ou

We are excited to be part of the Australian Day &