On Wednesday 11 October, the Chao Feng Orchestra, a semi-professional ensemble playing traditional Chinese instruments such as the Erhu or Yangqin, visited Tintern to perform, and teach us about the different instruments each part of the orchestra was playing. The orchestra consisted mainly of three sections – plucked strings, bowed strings and woodwind.

The bowed strings section consisted mainly of instruments such as the Erhu (二胡) and Zhonghu (中胡), the Chinese equivalent of the violin and viola – both instruments are played vertically, like a cello. The plucked strings section consisted of the high-pitched pipa (琵琶), the liuqin (柳琴) and the melodic mellow ruan (阮). The third and perhaps most memorable part of the orchestra was the woodwind section, and in this section, there was the dizi (笛子), the suona (唢吶) and the Sheng, a bamboo free-reed oboe which performed, perhaps, the most memorable but definitely most familiar song to us in a duet, which was the Mario Brothers Theme Song! Every instrument was explained by a solo performer and, after that, a piece that featured the instrument was played. They were often solo pieces. In fact, Sherry Wang (Year 9), who knew how to play the Guzheng, a large 16 string zither-like instrument where the strings are plucked instead of hammered, came up on stage to perform for us a lovely calm traditional Chinese piece.

After the various performances, the students who played musical instruments were taken backstage to learn and afterwards perform the extremely famous Chinese piece, 男儿当自强, which was basically theme song for ‘Master Huang’ Kung Fu videos, in China. The rest of the class got to look at the instruments up front, and then enjoyed a performance by the orchestra. Within twenty minutes, the music students had prepared their piece, and performed it with the Chao Feng orchestra. 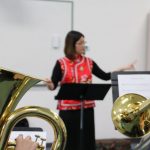 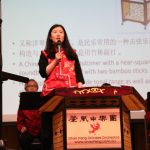 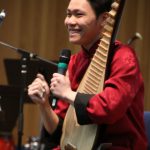 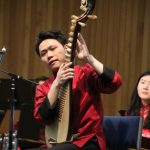 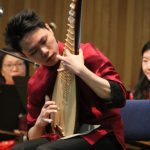 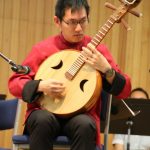 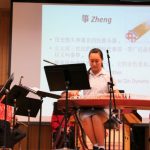 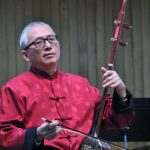 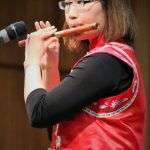 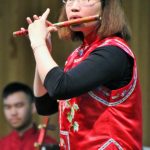 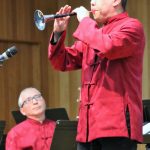 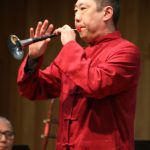 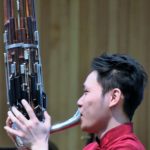 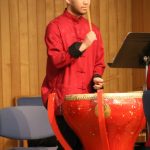 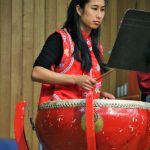 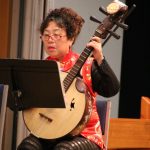 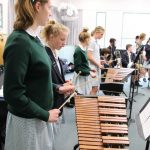 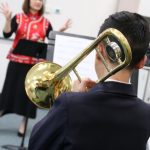 The Intermediate Jazz Band did a super job last week of entertaining prospective families as they arrived and registered for their Twilight Tours of Tintern. Thank you to our student performers (pictured) for giving so willingly of their time after school to perform: (from left to right) Charlie Victoria, Alec Chen, Bianca Settle, Alice Church, Amelia Kenny, Ben Apsey and Ashleigh Dowling on piano. Many thanks, also, to Mrs Lisa Clarke, for conducting the ensemble and working with our young jazz musicians, encouraging them to put themselves out there and take risks as soloing musicians in many of their numbers. All of the Music Staff who prepared students for Celebration Evening and who attended to support students, either by conducting their ensembles, accompanying musical items or assisting backstage were justifiably proud of the wonderful musical performances we witnessed in Robert Blackwood Hall last Wednesday evening. I’m sure you will agree that what is an important and formal annual event in our school calendar, which celebrates our departing Year 12s and the achievements of many of our students, is enhanced considerably by the addition of the many musical offerings performed by our students.

The prelude performances by the Clarinet Ensemble, Clarinet Quintet and Bourbon Street Parade Band welcomed audience members as they filed into the hall and the Saxophone Ensemble provided a suitably entertaining distraction as the Year 12s left the stage and the orchestra filed on at the start of the evening. It was wonderful to hear an original work by Year 11 student, Molly Fleming, played by the Brass Ensemble as the Fanfare to open the evening before Mr Kidd provided a suitably grand Processional item on the organ to herald the entrance of our staff and Year 12s.

Our large orchestral forces challenged our audience with a performance of ‘RPM’ by Australian composer, Matthew Hindson, which left us breathless with the rhythmic drive and moving lyricism of this thrilling piece. The Year 8 Taiko Drummers certainly impressed with their precision and the resonance of their item as it boomed around the hall. This was followed by the exquisitely contrasting grace of the Brandenburg Concerto movement performed by our Chamber Orchestra, with guest artists Dennis Stevenson (trumpet) and Tintern alumna, Nicole Misiurak (oboe). We relived the excitement of ‘Hairspray’ before the whole school gathered on stage to give a rousing rendition of a ‘Les Mis’ medley, with soloists Lovelyn Lim, Eliza Mignot, Lucy Wheeler, Jared Nottle and Brayden Stokes. This annual event always ends with some poignancy as we sing our two school songs, and 2017 was no different, as our Year 12s ascended the ramp in a final farewell.

Many thanks to all Music Staff members who played a role in bringing these performances to fruition: Anne Bortolussi, Lisa Clarke, Elizabeth Feenane, Rowan Kidd, Victoria Lok, Melissa Mackie, Heather McKenzie, Maria Pisani, Nalini Scarfe and Tim Veldman. We are fortunate to have such a dedicated team of Music teachers at Tintern, working with our young musicians on a daily basis to achieve such high-quality performances.

Head of Keyboard brings music to Afghanistan during the holidays

During our last school holidays, I was privileged to be invited to teach Piano at the Afghanistan National Institute of Music in Kabul. ANIM was founded in 2010 in order to restore music education in the country. For many years, playing or listening to music was prohibited by the Taliban. As Afghanistan recovers from thirty years of war, children are learning to forget the destructive force of conflict by embracing the healing, restorative power of music.

At ANIM, talented children – regardless of gender, ethnicity, or socioeconomic circumstances – can receive a high quality of education that includes general academic and specialist music training. The school has a special focus on supporting the most disadvantaged groups of society – girls, orphans and street vendors.

Part of my time at ANIM was spent assisting in orchestral rehearsals as they prepare for a tour of India. The orchestra combines both traditional and western instruments. These international trips reflect ANIM’s belief in music as a means of cultural diplomacy and building bridges between nations.

My residency as a guest teacher was challenging, yet very rewarding. There was a huge language barrier, but with much goodwill, and a sense of humour from both the students and myself, we managed to communicate with the universal language of music. The students were polite, respectful, and very eager to learn. They were always keen to ask for extra help. I was also involved with a teacher training programme for local Afghan teachers.

Kabul is chaotic – the traffic is unpredictable, and there is an uneasy feeling that anything can happen at any time. Hopefully, these students of ANIM will become the new generation of music educators, returning the musical culture of Afghanistan to its proud traditions. Danger is ever-present in a war-torn country, necessitating stringent security measures for the safety of all citizens. This has the effect of curtailing lifestyle to a certain degree. Here in Australia, we are so lucky to have the freedom to study music and to come together to perform in a concert situation. The benefits of this were evident in our fabulous Celebration Evening last week. 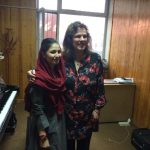 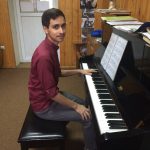 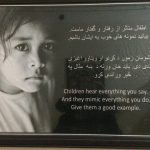 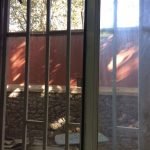 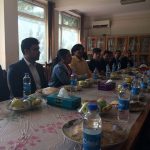 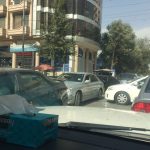