On Wednesday 12 of September, a select few were chosen from the Boys’ Junior School to represent Tintern at the Hoop Time basketball competition. Before the competition took place the boys had a few training sessions with coach Mr Bonnyman where the boys worked on match simulation and working as a team which probably wasn’t needed because the boys were such a close bunch. On game day, the boys were feeling pretty good about their tactics and what was required.

It was time for the boys’ first game to get underway and they looked good early on. Not only were the on-court players playing well but the benches warmers were making contributions when they were put into the action. By halftime in Tintern’s game against Warrandyte the boys were up eight to nine. It was a really intense game because some of the boys on the Tintern side were good friends with some of Warrandyte’s players. With 6 seconds to go Noah shot a long-range basket to put us in front and gave us the eventual win.

The second game was against the much bigger Templestowe Park. They were a very talented team and got on top of us early.  We never let our spirits drop and fought the game out but they were too strong and ended up going through the tournament undefeated.

The third game was an absolute cliff-hanger against Serpell Park. Jack started to assert himself inside the paint and Felix did a great defensive job on their dominant player. The scores see-sawed all game and unfortunately we were 1 point down when the siren went. This left us third in our group, just missing out on finals. All round we thought it was a great and entertaining day at the Rings and would absolutely go again. 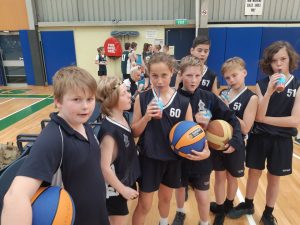 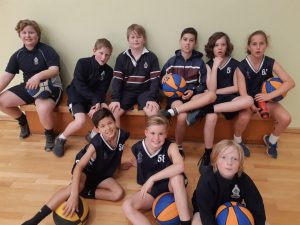