This term, interest was shown in the topic Space, so we set up a space area. The children were very excited to see the rockets, aliens, space ships, astronauts and dress ups. The dress ups were very popular as children role played being astronauts flying to the moon. Some put the suits on, “just like real astronauts” as Xavier told us. Role playing and imaginative play are great ways for young children to expand their world. It reinforces their social connections and helps them make sense of their wider environment.

This space play lead to discussions about going to the moon. When I asked the question “How would we get to the moon?”. All the children knew the only way to travel to the moon was in a rocket. The next question was how long it would take to get to the moon? To find out the answer we googled and found it took about 3 days to reach the moon.  Following on from this we watched videos of real astronauts reading stories from their space station. These stories gave us all a real insight in to what it would look like to be a real astronaut. Sometimes the astronauts would float around as they read. The children laughed as one astronaut was upside down and still reading the story. We discussed why this was happening and talked about how there is no gravity and that’s why you float. We all stood up and tried to float like the astronaut but we couldn’t. We all agreed that it couldn’t happen because the gravity on earth pulls us down.

As our space interest continued we set up a variety of experiences to allow the children opportunities to express their ideas about space. We made some black galaxy play dough with glitter stars, aliens, planets and space cutters. The dough was quickly transformed into space cookies by several of our children. We made rockets, spaceships and aliens with collage materials. The children were eager to put photos of themselves and their friends in the rockets and space ships and even turn themselves into aliens!  After looking at the planets we decided to make some spinning paint pictures. The children were excited to squirt some paint onto the paper as it spun around and around. They were fascinated to watch as the paints made different colours and patterns as it mixed together through the spinning motion. The children have been busy making scratch pictures. As the children drew with their special pen they scratched off the black surface to reveal a hidden rainbow of colours. As well as extending their fine motor skills this also develops their creativity.

This term has indeed been very busy with our exploration of space. A topic enjoyed by all. 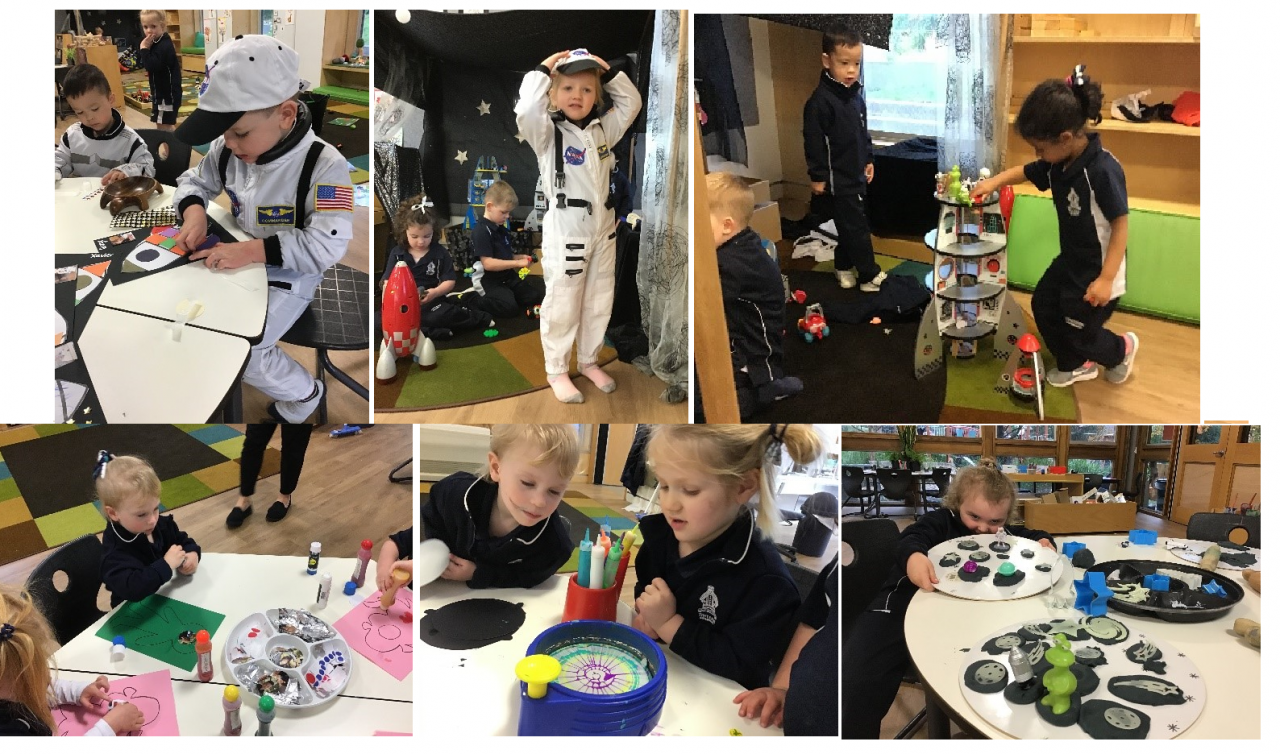 This term our Year 7 students have started a Scien

A special thank you to the Tintern Grammar Alumni

We now have a marvellous new water wheel feature a

WELCOME BACK! We are overjoyed to have our ELC, Ju

VIRTUAL TWILIGHT TOUR Join us for our upcoming V