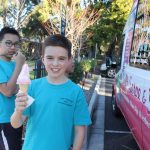 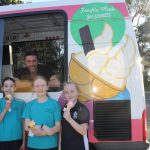 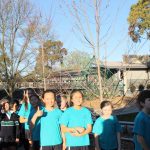 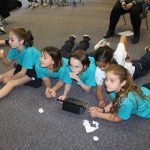 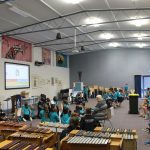 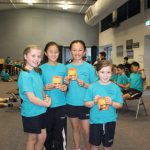 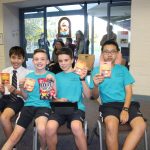 Club Tinwood’s Amazing Race, was amazing (and very energetic). Each team of four or five students opened their team envelope, tried to locate the next checkpoint that was indicated by a picture of ‘somewhere’ on our campus, ran to that checkpoint, answered a question, found their next envelope and ran to the next checkpoint. Each of the 17 teams took a different route, so a glance across the sunny fields of Tintern saw light blue shirts running in all directions, answering questions such as “Who opened the Music and Dance centre?”, ‘How many water tanks are behind the gym?”, “After whom is the Fairy garden named?” and “How many windows are there on the outside of the Girls’ Middle School building?”

A tasty visit by “Mobile Ice Creams” (delicious soft serve and Gelati) was followed by a Kahoot Trivia quiz, asking a range of questions such as “What is Donald Trump’s Middle name?”, “When did Tintern move to Ringwood East?” and “Which was the first country to allow women to vote?”

It was a very special and unique Club Tinwood event that was full of fun and energy.

Thanks to Mr Kenny, Mrs Macdonald and Deb Quirk for organising the event, and to other staff for assisting. 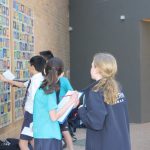 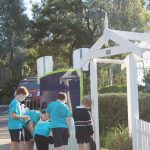 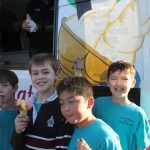 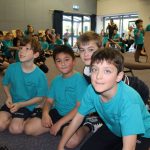