Our Year 6 boys continue to produce some terrific writing as a part of their extension English classes.

This week’s topic was to develop a ‘story’ based on the following stimulus picture. 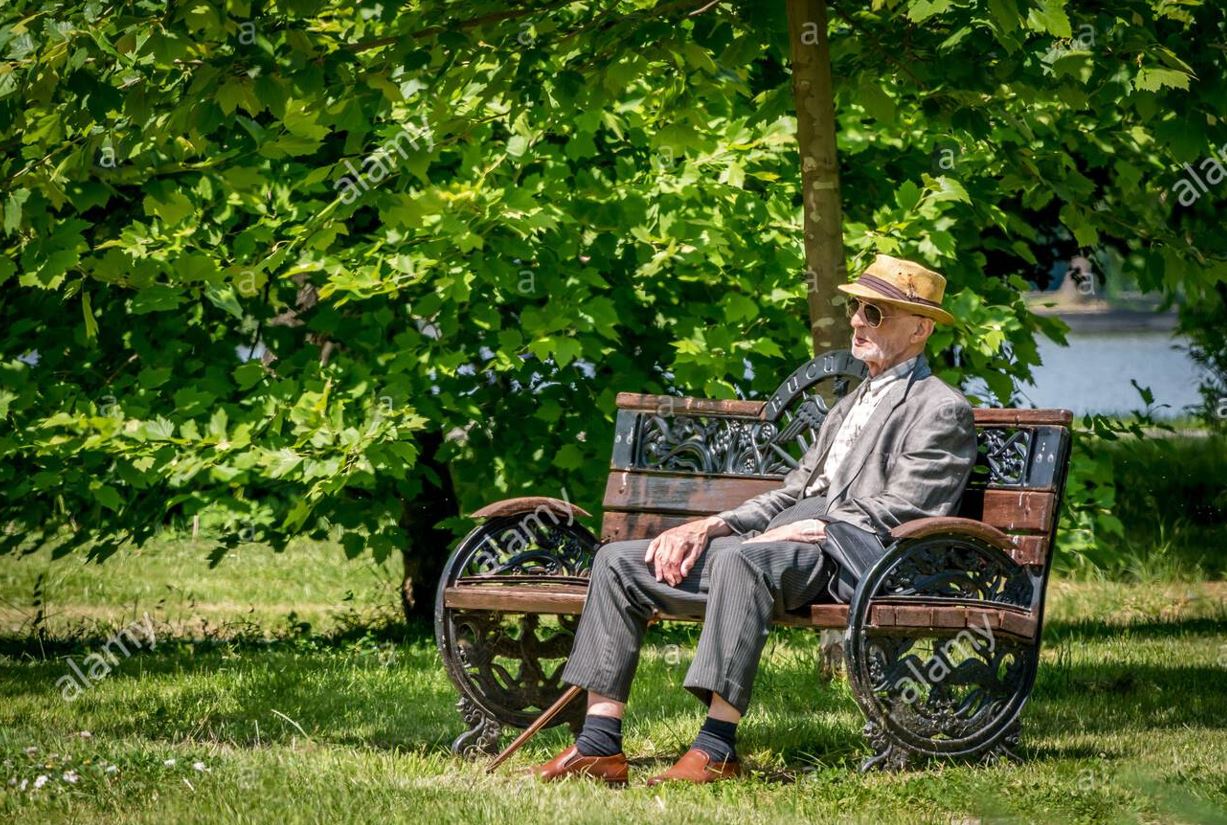 The elderly man is trudging through the bright green park, tired and hurting due to past injuries from the war. the man sits down on a bench, he stretches out his back and sets his cane down beside him. He takes a sigh of relief. The plane trees great leaves dancing in the gentle breeze. For the first time in his entire, tragic life, he was alone.

Plenty of space on either side of the bench next to him. With his mother dying during child birth, the mans father leaving shortly after and his wife recently leaving him after an argument and his kids growing up and moving away to distant lands.

The mans life has been full of darkness and loneliness. He sat on that bench and stared absentmindedly into the distance through his cracked sunglasses whilst staring back into his past.

Thoughts flickered in his mind going back in time to his marriage, then back to the traumatising events of the war, his friends dying next to him. He wished now the bullet could have struck him.

Then when his father left him. He reached into his coat pocket and pulled out a photo of his mother ad children. He held in front of him staring dejectedly for a few minutes, Tears forming in the corners of his eyes.

The old man was sitting alone on the bench.

He thought about himself.

He once was young and energetic.

Now he is old and weak, full of despair and misery.

His mother died fifty years ago.

His wife passed away twenty years ago.

His children left him ten years ago.

His old suit fluttering in the wind.

The hat his father passed down was on his head.

He thought on what his children would be doing.

His socks had holes in them, and his shoes were falling apart.

He sat on the bench where he first met his wife.

It had gone rusty over the years.

Many people passed, ignoring the man.

The leaves falling and regrowing with the passing of the years.

An orange leaf, fluttering in the wind.

More and more fell, to the floor.

The more they fell, the sadder the man became.

He then remembered that the leaves will regrow.

He remembered that the times will pass.

He remembered that some things can’t be changed.

He stood up, and continued walking.

He sat deep in thought, almost oblivious to everything that was going on around him. Even though his stiff body is sitting on the bench his mind is in his memories wondering where he went wrong. Even the strangers walking by, trying to ignore him, could feel his sadness thick and heavy in the air. All they see is an old man, with a faded grey suit, sitting along on the bench staring at nothing. As he puts his hat down beside him on the bench the attitude directed at him is significantly changed. From a elderly grandfather like man, possible slightly unstable in his age. To a beggar or someone wanting to scam money from them. Glares and scowls are everywhere, mistrust is usual in our world. Anyone could be a scammer or a terrorist or just a regular person. As simple of a thing as taking a hat off changes what people think instantaneously.

Our first Assembly in Term 4

Our most recent Assembly gave us the opportunity to discuss the exciting return to onsite in the coming weeks.

The staggered return will be tantalising and almost teasing, as our boys get a taste of being back in the class…and then head back to remote learning.

Using the SLIDO program the boys posted questions/comments ‘live’ and we were then able to discuss them. Their openness and thought was greatly appreciated as I asked ‘do you have any questions about the return to school?’

What happens if you don’t bring a mask?

Is there going to be any more events/house competition?

Will camp go on?

How long are we going back?

What are we going to do are masks compulsory and will the canteen be open?

Are we going to keep the recess times?

What will happen to all the events we missed?

will we have to wear masks everywhere we go?

Do we wear masks outside?

Will we have SKITTLE BALL?

Are we still going to continue our house events and still do ones we missed?

What will happen for the Lion King?

Feeling happy and sad but both.

Is it just normal school or different?

It will be awesome.

Will we have more work?

How long will we be back for?

How will we do house events?

Are we doing sport when we go back?

Will doors and windows need to be kept open during classes?

Will every class have P.E?

Do we have to wear masks outside when we play?

Will we do all classes?

Do we have to wear masks at break time?

Will it feel the same?