Our annual Junior School ANZAC Assembly afforded us another opportunity to gather together as a community to recognise and acknowledge the legend of the ANZAC’s and the sacrifices made by all who have represented our country in times of conflict.

Our Junior School leaders presented an Assembly that contained the traditional aspects of all ANZAC Day ceremonies, including the Last Post and Rouse, beautifully played by Year 12 student Sam Victoria, the Ode read by our Principal Mr Brad Fry, and the Requiem, as below.

We also heard stories of some of the individual ANZAC’s in the iconic photo of the 11th Battalion of the AIF taken on the 10 January 1915,  as they sat on the Pyramid of Giza, and we were delighted to have Mike Taylor, parent of Gerry (Year 1) and Charlotte (ELC) tell us about the role of bagpipers in war, and then play the haunting Battle of the Somme on his 100 year old bagpipes. Our students as always were so respectful and understanding, as they listened maturely throughout the Assembly. 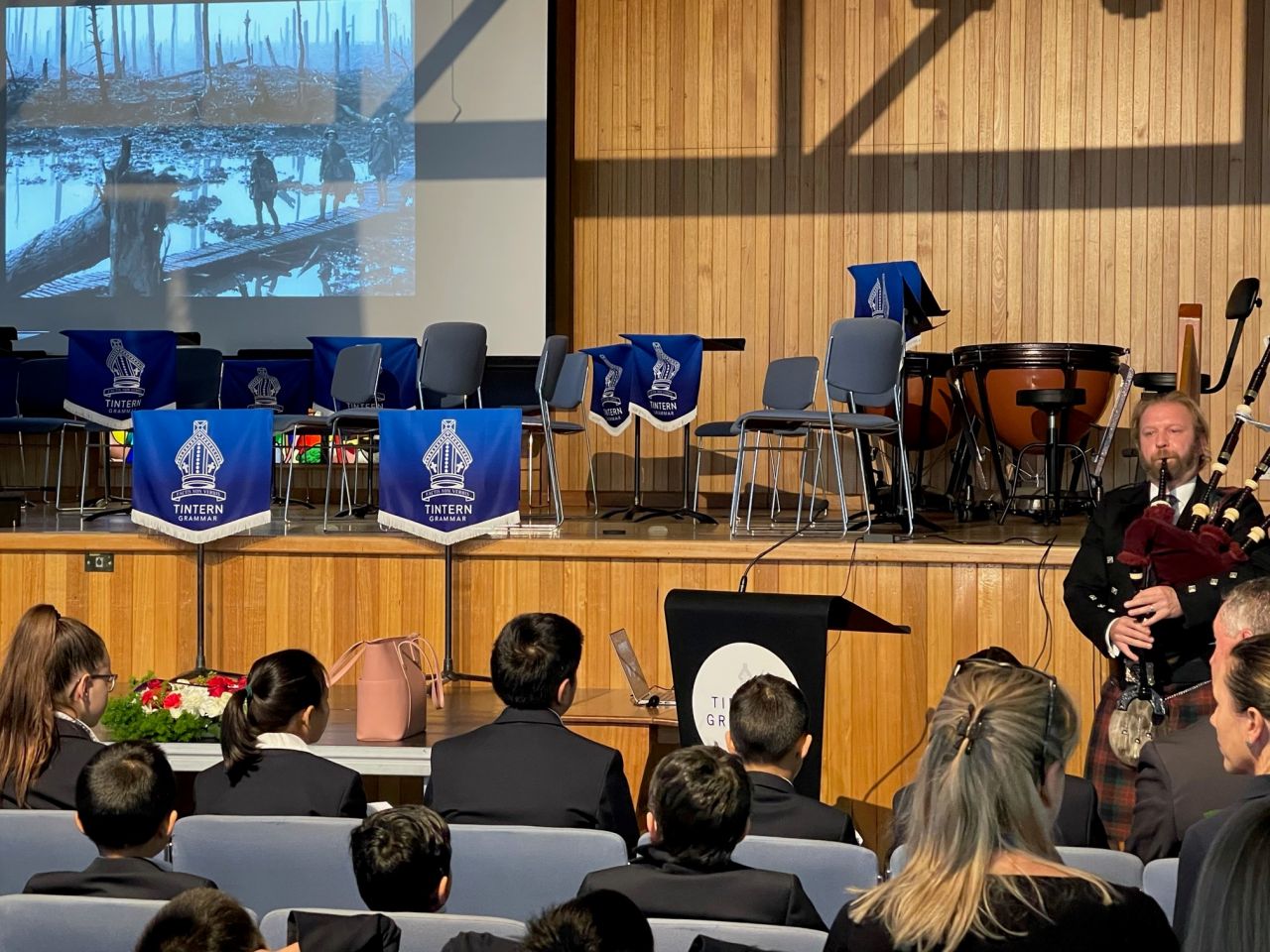 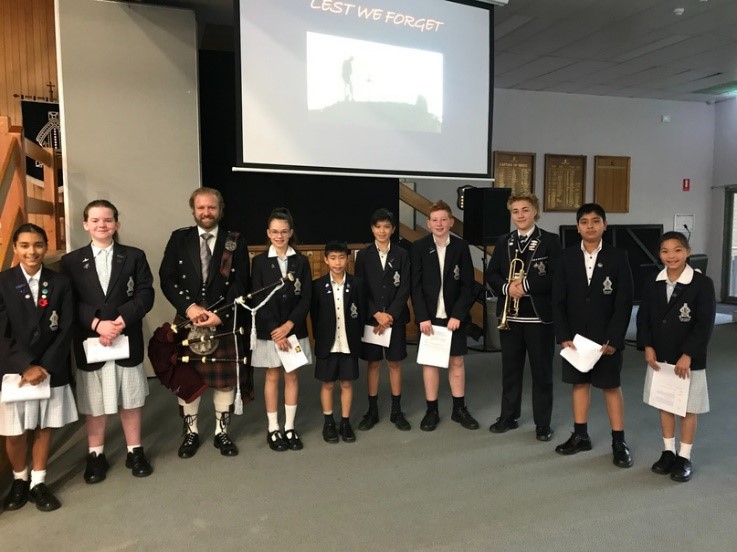 Preparations for our Boys’ Junior School Production of The Lion King are well underway, with the Matinee to be held at 1.00pm and the Evening performance 7.00pm, on Thursday 27 May.

On Thursday 22 of April, the Year 1s had an excursion to Mont De Lancey Historic Homestead in the Yarra Valley. The boys got a glimpse at what life was like in the 1880s and were able to experience an authentic classroom from that time. They learned how to say ‘Good afternoon Ma’am’ and to bow to the teacher. The boys saw some amazing old machines and watched a man make a spinning top out of a piece of wood. They visited a blacksmith and learned what he does and visited an old church where they all had a turn at ringing the church bell. The boys learned how to make rope and then used the rope to skip with. The afternoon was spent playing olden-day games; driving billy carts, playing quoits, playing tug-of-war, skipping, having sack races and rolling down the grassy hill. It was a fabulous day of learning and activity that complimented our Now and Then Integrated Studies unit from Term 1. 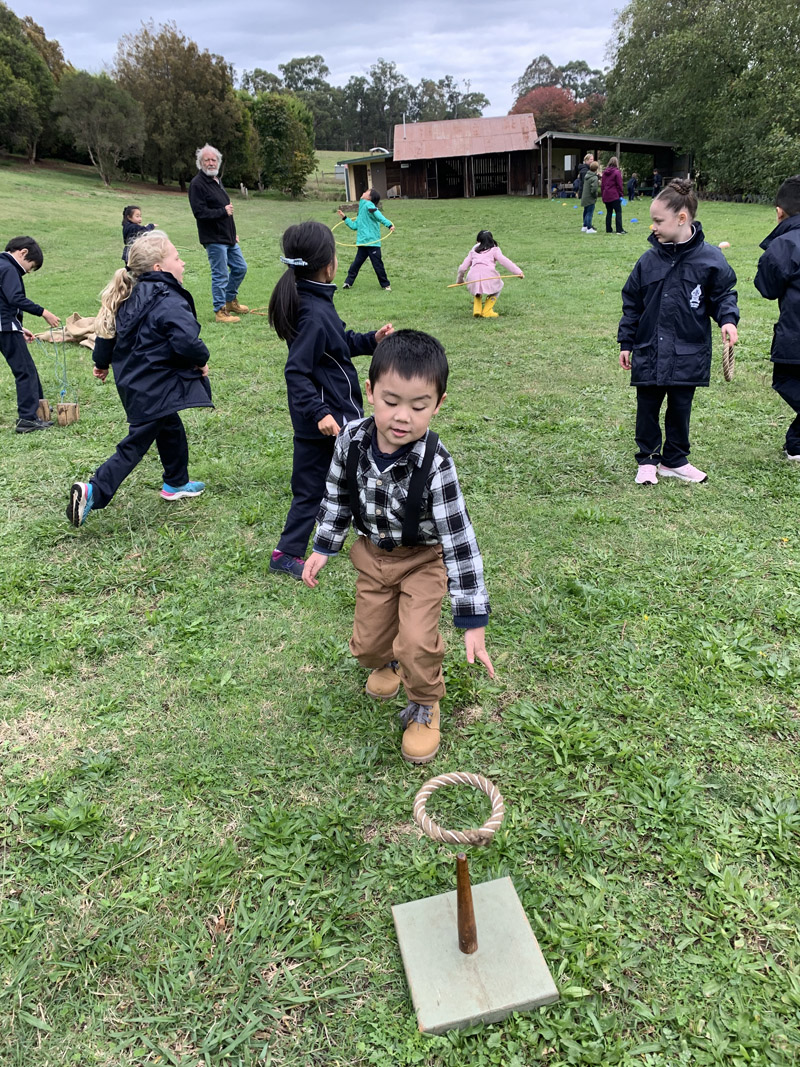 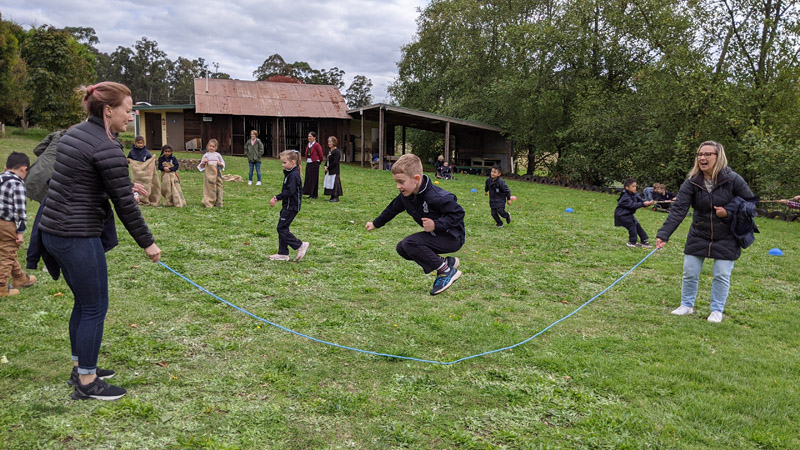 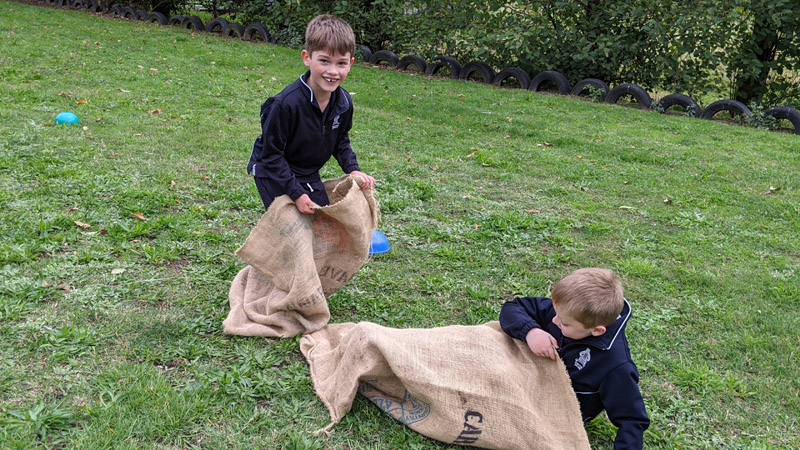 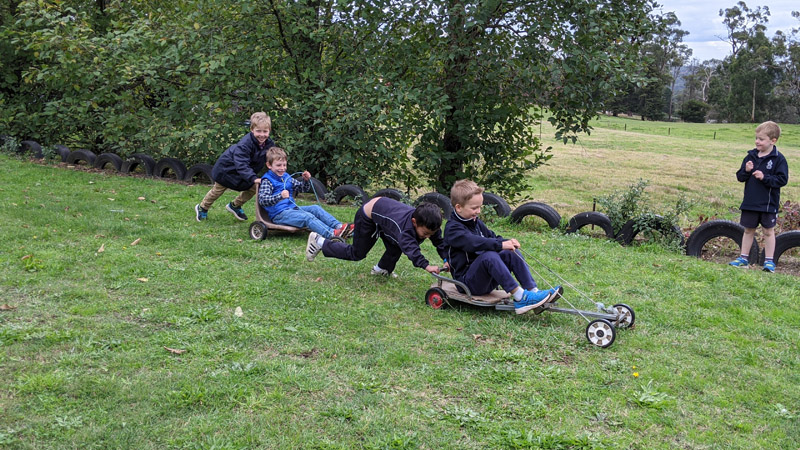 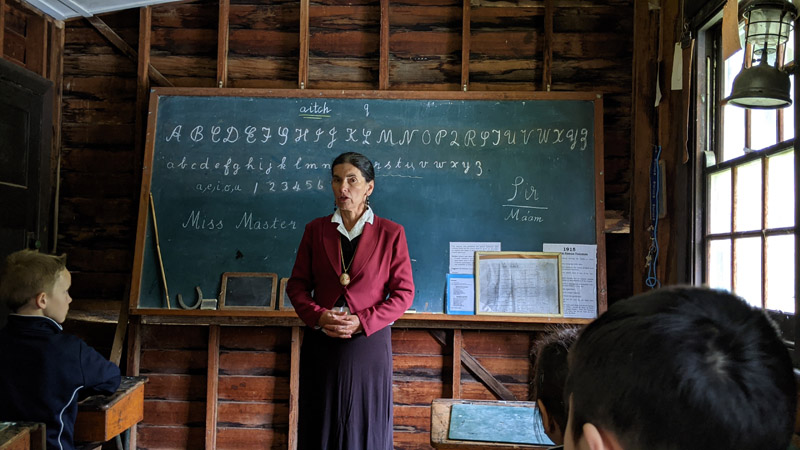 This incredible image is of Ella R in Year 8. A h

Congratulations to our Student Leaders for 2023. O

We are looking forward to our Community Lunch at t

We are looking forward to the Senior Visual Arts &

Have you booked for Community Fun Day? Our farm a

Enjoying spring in the beautiful grounds at Tinter