On the 22nd of June was Cabaret night. I played in the Orchestra which we played Uptown Funk, Paganini, Blackberry Blossom with Mrs Bezaire accompanying me and the Grand Finale was the Wizard Of Oz. I was In the Lollipop Guild. We sung many Wizard Of Oz songs and had lots of fun performing. There were a lot of performances and many popular songs played on the night. Cabaret was an amazing night. – Theo Lam

On Thursday 22nd of June it was Cabaret Night. The first performance was the Orchestra and we performed Uptown Funk. The Paganini Strings group played and I would say we were quite decent. Then the Junior strings followed and also the Guitar Ensemble. My solo Cello piece was called On The Prowl and Mrs Bezaire accompanied me on the piano.  After interval the Percussion Troop came to the stage and played. They were loud! After many musical items we then changed into our costumes to prepare for the finale which was a medley of songs from The Wizard Of Oz. I was part of the Lollipop Guild and I would say that we performed quite well. Everybody was mostly in time. We praised the main cast and then we headed off the stage. Although I was a bit nervous I felt really proud that I went up on stage and performed. – Casper Pang

Yesterday it was Cabaret. I was in two items. They were called The Percussion Troop and The Wizard Of Oz. In The Wizard of Oz I was The Wicked Witch! I enjoyed being the Witch because everybody laughed at me and thought I was funny. I really enjoyed that! My family said that I spoke clearly, didn’t rush and did really well! – Kye Betram

I enjoyed Cabaret much more than I thought I would. I was really nervous about my Double Bass performance and my Piano performance. On the Double Bass I played The Great Gate Of Kiev and on the Piano I played Sherlock Holmes. I also played in Paganini Strings. We played Cripple Creek and Cowboy Chorus. Another ensemble I played in was Orchestra and we played Uptown Funk. In the Wizard of Oz medley performed by all 3 – 6 boys, I was in the lullaby league and I had to wear a tu-tu and a footy jumper! It was a great night! – Will Kenny

Cabaret was really good this year. I played a Cello solo and a Piano solo for piano. I played Malagueña on the piano and on the Cello I played Air. My Mum and Dad said I was really good. I play in the Paganini strings and I think we performed really well. We played Cripple Creek and Cowboy Chorus. It’s really good to get together and have a really fun time playing music. One of my favourite items was the Orchestra and I think we played really well. I would like to thank Mrs Bezaire for accompanying me for the Cello. The finale was really, really awesome! We performed a medley of songs from The Wizard Of Oz. I was in the lollipop Guild. We performed really well and all of the main characters and solos were very good. – Jack Gale 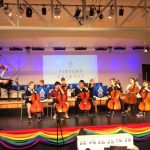 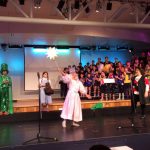 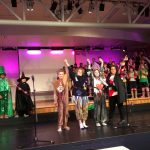 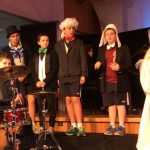 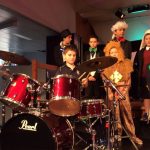 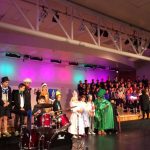 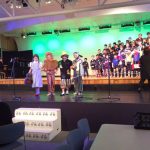 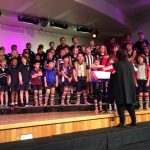