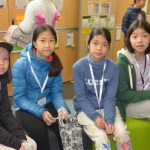 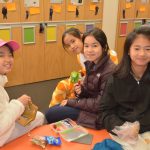 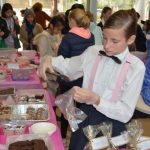 Across the Monday, Tuesday and Wednesday of Week 6 this Term, the Year 6 girls decided they wanted to help the farmers affected by the drought, so they organised a bake sale! We hoped to be able to contribute to the ‘Buy a Bale’ charity. Beforehand we had a guestimate of how much we thought we would raise and our guesses were from $150 to $850.

On the weekend, after chatting about it in class, we each prepared some delicious sweet treats to sell the following week. The Thai students were involved with their host families in the cooking too. The Early Learning Centre got behind us too and the parents there donated some fantastic goods.

We were supported by the boys and girls across the school and the ELC who came to buy up big!

It was an exciting few days with the Thai students joining in on the selling at recess and lunch, and each year six girl left the sale with a smile, knowing that they made a difference, (and in most cases, samples a treat or two of their own).

They were all really satisfied with a sense of sweet success when they discovered they had raised over $1130, way over our highest estimate! Many thanks to those who also donated money as well.