The end is here! It’s been a really great year by the boys; from our Year 9s stepping up to be the leaders of the campus to the Year 7s who found their feet in their first year of Middle School, as well as the Year 8s who have grown incredibly well to be ready to be our new leaders next year.

The Year 7s and 8s were involved in a new End of Year Program that had them researching, re-enacting and studying some of the classic 1970s television programs as well as a couple of university type lectures and engineering challenges. It was a wonderfully successful program that brought out the creativity in our boys as well as having them work collaboratively in House teams.

On Monday our Year 7 boys were on excursion to Healesville Sanctuary, whilst the 8s were in the city on an Amazing Race adventure and the 9s were packing up from Summer Expeditions and then bike riding along the East Link trail.

On the last day our boys competed in the Southwood Ironman event in the morning which had the boys commando crawling under cargo nets, skim boarding along the cricket pitch, carrying old tyres, as well as many other physically challenging activities. 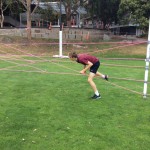 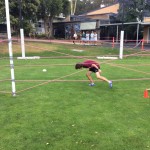 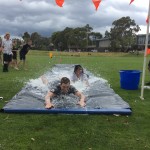 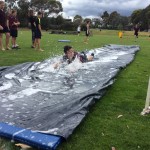 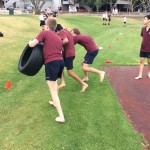 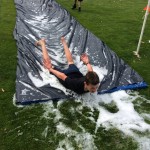 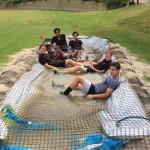 Following this we had our combined Middle Schools assembly that allowed us to formally congratulate our Year 9 boys as they move into Senior College as well as introduce our new leadership team for 2016. Please click on the link for the new leaders for 2016 – Leaders 2016.  At the end of the day we met as a Prep – Year 9 group of boys to sing the school song as well as congratulate all boys, especially our Preps, Year 6s and Year 9s.

I would like to thank all boys in the Middle School for their efforts this year as well as all parents for your help throughout the year with your son and his schooling. The relationships between school and family is crucial and I certainly look forward to this continuing to grow in the coming years. All the very best for the coming holidays and festive season. Please stay safe during the break and I look forward to 2016 with the boys in the Middle School.